Toronto Mortgages And The Trudeau Budget

The Trudeau Government just this week published their first budget. So we thought we’d pick through the details and see what it means for the Toronto mortgage market.

Toronto Foreign Ownership Data Is Going To Be Collected

There has been a large belief in the Toronto mortgage and housing markets that foreign ownership of properties has contributed to the rapid increases in house prices we have seen in the last 3-4 years.
Most of the data I have seen does not support this and actually supports the fact that foreign ownership accounts for a much smaller percentage of purchases than most people think.

However, the Trudeau Government has signalled that they are going to clarify this by including provisions to collect full data on foreign ownership.

This is a very important step – the only reason for them doing this would be concern that foreign ownership of Toronto houses is driving up prices for local Toronto and GTA residents.
This means it is very likely they will do something to curb foreign ownership and try to make housing more affordable for local Canadians.

So this is great news for local Toronto and GTA residents.

No Major Actions To Address A Potential Toronto Housing Bubble

Some people have been calling on a US style housing market crash in Toronto for years. They continue to do so – over and over again. Every year the same articles come out – predictions that this year will be the year where the bubble bursts.

When these pundits are proven wrong – as has happened every year or almost 10 years now – they ignore their completely incorrect predictions and then boldy predict the same thing for the following year!

The Trudeau Government indicated that they have some concerns about a housing market bubble and that they will “continue to closely monitor” the situation with a view to taking action – if they deem it necessary.
But they did not take any particular actions in this budget. This suggests they do not believe a housing correction is coming anytime soon.

At long last, the Canadian Government is taking steps to bring in much needed infrastructure spending in the Greater Toronto Area – including public transit, green investment and social infrastructure.

Almost every economist has been calling for this for a while now – with oil prices being so low, Government stimulus has been necessary to spark the economy.

In addition to this, for decades infrastructure has been ignored in the GTA and is at breaking point.

The Trudeau Government announced in this budget that they will spend even more on infrastructure spending than they promised during the election campaign – further falling oil prices being the reason for this.
Better transit will not only increase the standard of living for Greater Toronto mortgage holders, but also increase house prices in areas benefiting from the improved public transit links.

So there is no doubt, this is a benefit.

All in all – regardless of what you think about the many measures in the budget – this was a very positive budget for Toronto mortgage holders and GTA home owners.

Do You Know Someone Looking For Help With Their Toronto Mortgage?

If you have any questions about how any of this works, feel free to reach out to us at:
contact@gtamortgagepros.com.

Ontario New Housing Rules – How Might They Impact You? 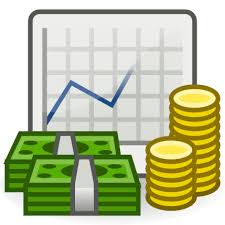